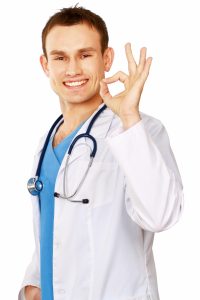 Look no further! Here we will cover the basics of intermittent fasting and how it can be incorporated with your current fitness routine, hormone replacement therapy program, or nutrition/weight loss goals.

What is Intermittent Fasting?

First off, what is intermittent fasting? It's a different way to structure your meals throughout the day(s), which involves long gaps in between where you do not consume any calories, not even snacks.

Some people choose to fast for several hours throughout the day, and others decide to skip eating for a day or two altogether (alternate day fasting). There are several different styles of intermittent fasting that have been promoted, which will be covered later in this article.

On fasting days, no food or drinks with calories can be consumed. On the non-fasting days, you can eat whatever you want. However, the best thing to do would be to choose nutrient-dense foods. The goal of intermittent fasting is usually to cut calorie consumption and subsequently induce weight loss, although there are other benefits to this eating pattern.

The Benefits of Intermittent Fasting

Including the obvious benefit of weight loss, other benefits of intermittent fasting include healing and preventing heart disease, and Type 2 diabetes. It can also help you sleep better. Some experts even claim that it can slow down the aging process due to consuming fewer calories over a long period.

Here is a general list of the many benefits of intermittent fasting:

As mentioned earlier, some people fast for a certain amount of hours every day and others fast for days at a time. It all depends on what works for you. Here is a breakdown of all the various styles:

This style is one where you fast for one day and then eat the next, alternating until you reach your goal. During an entire fasting day, no food or drinks with calories are consumed. However, you can drink water, black coffee, or tea. On the eating days, you can eat whatever you want to eat. 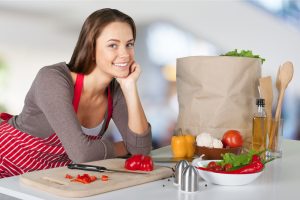 This style is where one eats very little food on fasting days. For example, you would only eat ~25% of your needed calories on these days. Some intermittent fasters say you should only eat 500 calories.

An example of modified fasting could include the 5:2 method, developed by Kate Harrison, where you fast on two non-consecutive days of the week. The fasting days could be altered or pure fasts.

This style of fasting limits your eating time to mostly waking hours. You would fast 8-12 hours a day where the bulk of the fasting can be during sleeping hours. This would mean eating a late breakfast and not snacking after dinner. Your meals would be compressed inside a smaller window of time during the day.

This method is the most popular and easiest one to start with. An example of the eating hours would be from 11 am to 7 pm with a goal of 12 or more hours of fasting.

Since most of the benefits of intermittent fasting have been seen in animals and not humans, it is hard to predict how safe it is for humans, despite the many positive reports from people who have tried it. Fasting has also been around for centuries and touted by various religions.

Some of the risks of intermittent fasting you should be aware of include disordered eating habits that could lead to disorders, disrupted REM sleep, decreased alertness, increased guilt over missing a fast, increased cortisol levels, higher LDL levels over the long-term (seen in one clinical trial involving obese adults) and pancreatic damage. The long-term effects of intermittent fasting have not been thoroughly studied.

Growth hormone is an important hormone that is released during sleep and helps to renew cells throughout our bodies. It is a vital hormone that aging adults should ensure they are not deficient in if they want to maintain their quality of life and a healthy lifestyle. Amazingly, it has been shown that intermittent fasting can increase our growth hormone levels naturally. 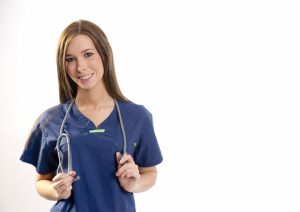 A spike in HGH is seen in the morning, and normal secretion is seen throughout the day.

The increase in growth hormone seen during fasting makes sense because, during a fast, the body will want to burn stored reserves, including fat and glycogen, but also muscle. The increase in HGH prevents or slows down the breakdown of muscle and maintains lean muscle mass.

HGH also protects the glycogen stores and causes the body to breakdown fat the most. It seems this would have developed during our evolution so that we did not lose muscle mass during times of famine or when food was scarce for several days.

The maintenance of lean muscle mass occurs due to the way the body utilizes energy. When the body is replete with calories/food, such as during a fast, it will draw on the glucose in the blood first and some glucose from the glycogen stores.

This article described the basics of intermittent fasting, including how it affects our growth hormone levels. If you are interested in trying it for yourself, please do some more research before trying it and perhaps start with the most effortless style of time-restricted fasting.

If you are interested in HGH injections or other HRT options, because you know the fantastic benefits of growth hormone, it might be a good idea to try to boost your own growth hormone via intermittent fasting naturally.