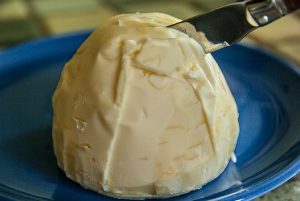 Nutrition science is incredibly important, and nutrition guidelines are the primary way that most Americans learn how to structure their diet in a healthy way.

Unfortunately, we have a lot to learn regarding healthy nutrition, and mistakes have quite obviously been made in the past — especially with the macromolecules, fats and carbohydrates. During the 1980s, it was widely believed that consuming fat was what made us fat, and, because of this, most diets focused on reducing the intake of fat calories, sometimes severely.

Video Stream: The Truth About Fats

A rash of low-fat foods began to show up in supermarkets across the country as a result of our understanding of nutrition in the 1980s. Instead of fat, people began to turn more and more to carbohydrates in order to fulfill their caloric needs, and this led directly to a significant rise in obesity rates that continues today.

Nutrition Knowledge Has Increased Significantly in the Last Generation

Over the last 25 years, researchers have learned a lot more about how the human body works and it has become increasingly obvious that carbohydrates are the primary nutrient which leads to weight gain, not fats. Fats aren't nearly as culpable as they were once considered and, actually, certain kinds of fats are essential and considered healthy.

Of course, during this same era where we have learned the importance of some fats, we are learning about the dangers of others, especially trans-fats, which are becoming increasingly regulated and will likely become completely banned in the near future. 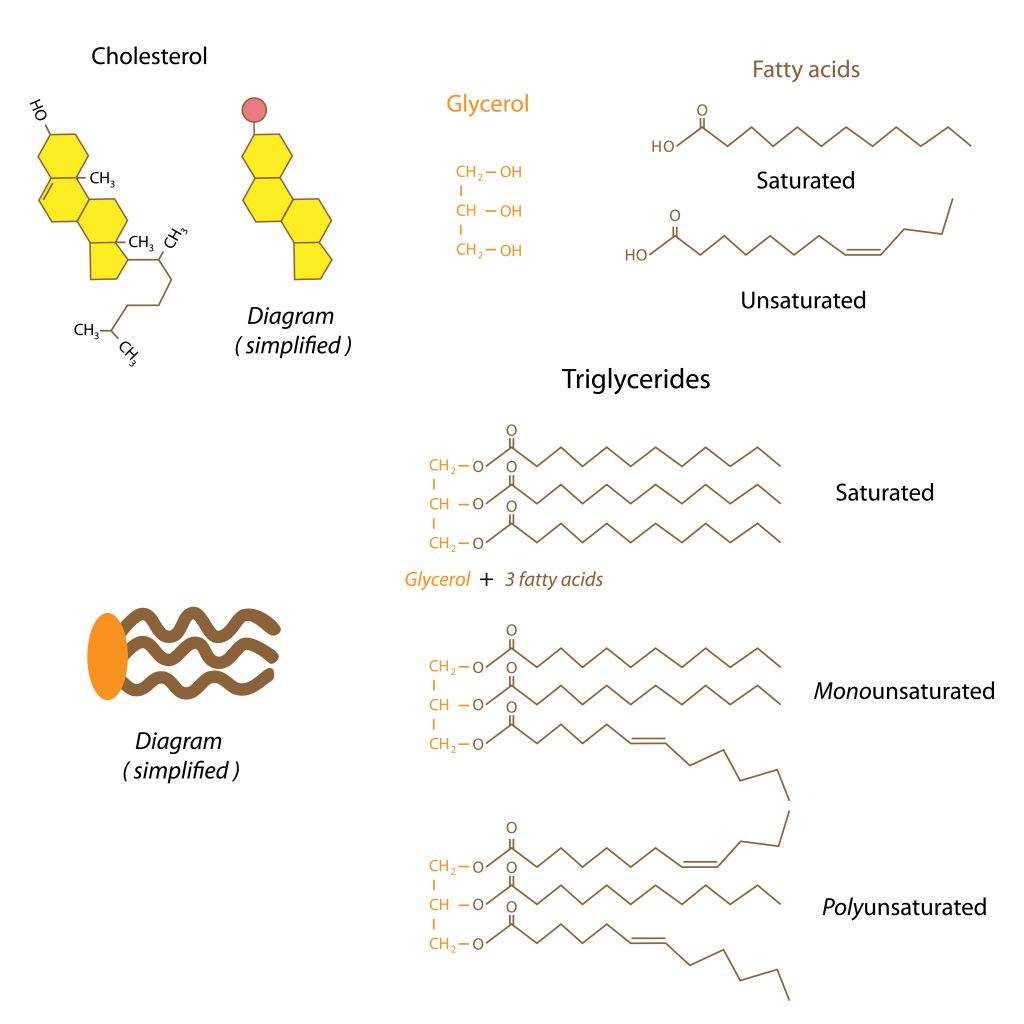 Americans Eat Too Many Carbs

Carbohydrates, in and of themselves, aren't bad, and are also necessary, but we just have a tendency to eat too many carbohydrates as well as the wrong kinds. The worst carbohydrates are known as refined carbohydrates. Examples of these carbohydrates are white bread, white rice and white crackers. When carbohydrates are refined, it takes all the work out of digestion, and the calories are absorbed directly into the human body. This leads to unhealthy blood-sugar spikes which will erode the body's ability to produce insulin over time, which causes diabetes and makes us fatter.

A recent study made it clear that we should choose a diet which is lower in carbohydrates and higher in fat and protein than the average American diet today. This research was released by the Annals of Internal Medicine. What was discovered by this study was that saturated fat was much less dangerous than previously conceived — in fact, it showed that there was no direct correlation between heart disease and saturated fat.

This particular study was performed by scientists at Tulane University. In this study, researchers followed two groups, and gave them different guidelines to follow for their diet. Participants were of various ages, between the early twenties and the mid-seventies, and were a combination of White and Black. One group ate a diet that was specifically designed to be low in carbohydrates, equalling around 28% of their daily intake. The second group were on a special low-fat diet and consumed more calories from carbohydrates in exchange.

They found that the low-carb group lost triple the weight as compared to the dieters that ate more carbohydrates and less fat. Participants on the high-carb diet got as much as 45% of their daily intake from carbohydrates. Those on a year-long low-carb diet lost an average of twelve pounds, whereas those on a year-long low-fat diet only lost an average of four pounds. And this is all while consuming the equivalent amount of calories. This suggests that it's not only the number of calories that you eat that matters when you diet, but where you get your calories from.

Reducing carbohydrate consumption to around 28% clearly enhances a person's ability to lose weight under normal circumstances, and increasing that intake to 45% significantly curbs the ability of an individual to lose weight. Whether you are on a diet or just looking to stay healthy, it is incredibly important to source your fats appropriately, however. Saturated fats are necessary in moderation, but you should be getting most of your fat calories from monounsaturated and polyunsaturated fat. 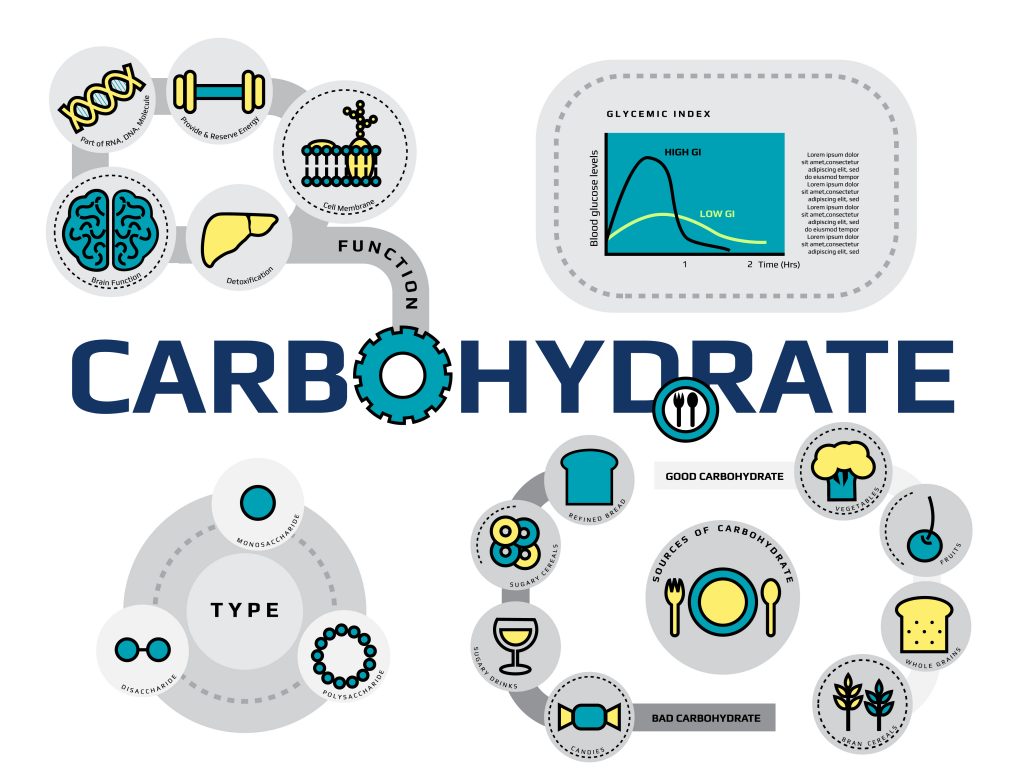 Protein should equal around 1/3 of your caloric intake per day. One of the lead researchers of the study, Dr. Lydia Bazzano, says that her team hypothesized that a low-carb diet would lead to improved weight loss, but they were surprised to see how powerful the difference between the two groups would be.

The following was the average diet among those on the low-carb regimen: Breakfast -- Eggs, high-fiber, high-protein bread with spread or butter; Lunch and Dinner -- Healthy fats such as canola or olive oil, poultry and fish with occasional red meat, leafy green salads and frequent vegetables. In the end, these diets got around 12% of their calories from saturated fat and around 40% of their calories from all sources of fat. 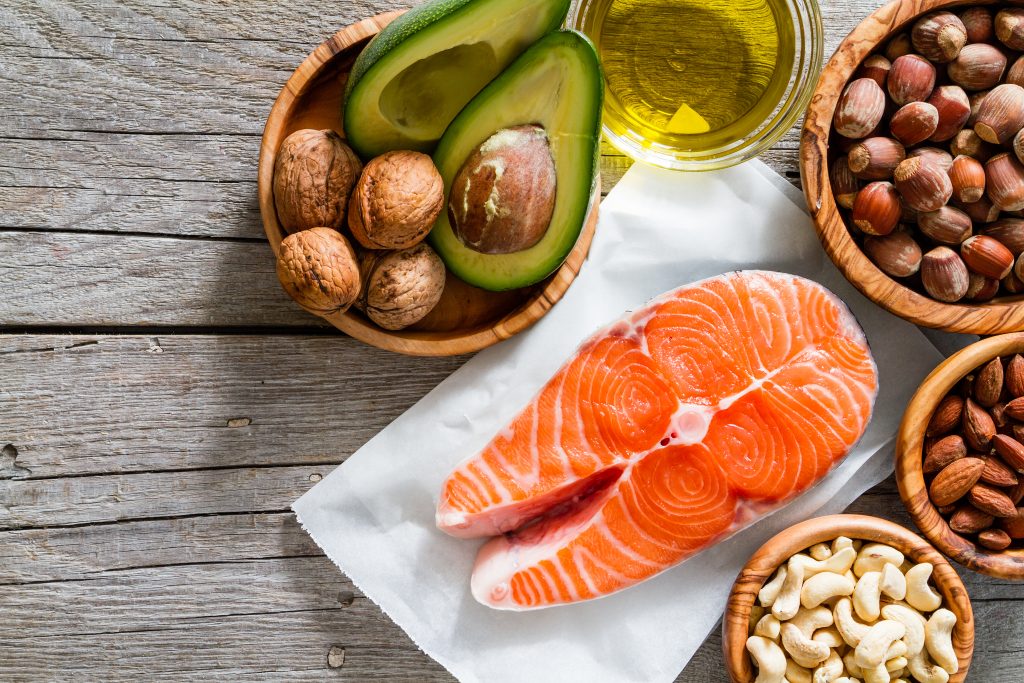 There are still many people that believe in the idea that low-fat diets are healthier, and this false information leads many people across America to make poor health decisions. Dr. Bazzano's research is just one of a number of studies that have come out recently which support a diet that restricts carbohydrate consumption and is relatively high in healthy fats. Evidence shows that these diets not only help patients lose weight, but it has also been shown to safeguard the heart and reduce the prevalence of heart disease and related cardiovascular issues among those who choose this diet.

The New England Journal of Medicine published a study in which a low-fat diet with liberal use of olive oil led to a 30% reduction in stroke and heart attack risk in comparison to a diet low in fat. Another study published by The Journal of the American Medical Association used another form of low-carb diet recommended for patients at risk for diabetes and found similar results — less inflammation, better cholesterol and lower triglycerides.

All in all, limiting the intake of refined carbs appears to lead to an increase in calorie-burning power of around 150 calories daily! Eating empty carbs not only causes us to crave more calories, but it makes us burn fewer calories at the same time! This is because simple carbs encourage the production of insulin which, in turn, encourages increased fat storage.