Video Download: The Signs Of Hgh Deficiency And Decline

Video Stream: The Signs Of Hgh Deficiency And Decline

Know the Signs of HGH Deficiency 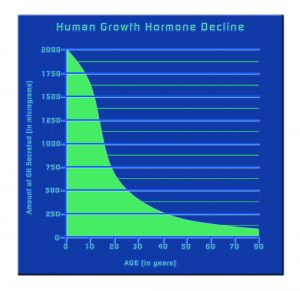 Hormone Imbalance and Deficiency contribute to a wide variety of medical issues related to Aging, medical problems, quality of life decline and premature aging. Among men, Testosterone and HGH Deficiency are two of the most common culprits which become symptomatic during middle age. A whole slew of quality of life decline symptoms begin in men after the age of thirty. A number of issues that many men consider simply to be an unavoidable aspect of life and aging, are greatly exacerbated or even caused by these declining hormone levels and deficiencies, including changes in libido and sexual function, increasing fatigue, graying and thinning hair, aging skin, osteopenia and osteoporosis, weight gain, heart disease and loss of muscle mass.

One of the worst things that people notice as they get older is that things simply do not heal as quickly as they used to and when some people reach their 40s, they notice their hunger pangs increase and metabolism begins to decline precipitously leading to weight gain around the midsection. Many men look at these symptoms and feel that they've just passed their prime, but in reality, it is possible to combat these symptoms in the case of Hormone Decline.

Younger patients that experience HGH Deficiency experience many of these symptoms, providing further evidence that many aspects of aging may be treated with effective Hormone Replacement Therapy Treatments. We offer blood tests and panels that can measure the decline of hormones in men and women. Ask us about the blood tests we offer. Chances are there is a lab corp facility in your town, or near your area. Lab corp is the largest blood analysis medical corporation in the world and our physicians can write you a prescription to go to a local facility in your area, to check your hormone levels to determine any deficiencies that might exist. We also recommend that every 6 months you get a simple blood test to measure the progress of your hormone levels. The cost of these blood tests are quite affordable and usually run in the $300 range. 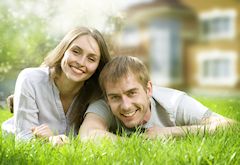 More than two generations of research have been spent unraveling the secrets of Growth Hormone, and how its deficiency impacts us as we age. There are a multitude of aspects which have a negative effect on the body as we age: poor diet, sedentary lifestyle, especially drinking alcohol and smoking to name a few, and it appears that these lifestyle choices can exacerbate both the effects and intensity of HGH and Testosterone Deficiency, speeding up the aging process further.

It has been shown in thousands of diet studies on animals and humans, that a low calorie diet can increase longevity and diminish the frequency and intensity of medical or health problems. The American culture has become very food oriented over the generations, with parents often forcing their children to eat all the food on their plates, even when the children feel satiated. Guests are often offered seconds, and feel obliged to eat them, even if full. Obesity has reached record epidemic proportions in America and thousands of diet strategies have been invented with a 95% failure rate. With so many diets not working as they claim to do, people are turning to optimizing their hormones.

When Do HGH and Testosterone Levels Start to Decline?

HGH Levels hit their natural peak during adolescence, because we need high levels of HGH to facilitate growth. After we reach our Final Adult Height, HGH Production drops to healthy adult levels which maintain and optimize our physiological health. Testosterone Levels peak in the late teens and remain high throughout our 20s. Starting around the age of thirty, however, our production of these vital hormones starts to go into decline. Hypopituitarism is normally the diagnosis doctors give for adults who are experiencing hgh decline. For men this is often called andropause.

How Does HGH Slow Down Aging?

The function of HGH in adulthood is to manage and optimize cellular metabolism. Essentially, it reduces the effects of aging, replacing aging cells as needed to help the body function at its best. As HGH Production drops, the system becomes inefficient, and aging cells remain in function long after their prime, which causes processes all throughout the body to go into decline and awry, causing many symptoms we normally associate with aging.

Why Else Do We Age?

Of course, HGH Deficiency is not the only reason we age, and scientists are aware of a number of other issues which encourage aging, including the shortening of the telomeres which hold our DNA chromosomes together, and the unfortunate fact that cells appear less capable of producing perfect copies as they age. Although there are a variety of root causes of aging, Hormone Deficiency, including Testosterone and HGH Deficiency, appears to play a major role in physiological decline. The number of people who have sought out treatments using HGH, Sermorelin, HCG or Testosterone has grown exponentially in recent years. The feedback from people taking low optimal doses has been positive, especially when adjustments are being made to ensure hormone levels don't get to high. 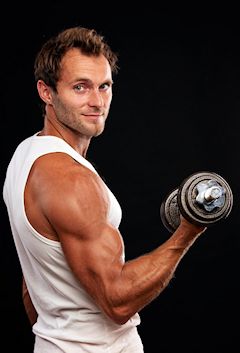 The problem with self-diagnosing HGH Deficiency is that it shares many symptoms with other medical conditions. The only way to know for sure is to undergo a Hormone Blood Panel which includes IGF-1 Testing. A physical exam is also conducted and a patient should also reveal the quality of life decline they are experiencing, as all these factors go hand-in-hand. If you are experiencing a number of different life quality challenges, you should contact us, so we can prescribe you a blood test. You can take the prescription and go to get your blood tested. That is the first step. The way to understand if you may be a candidate for HGH Injection Therapy is that you show a number of signs of physiological change occurring simultaneously, exacerbating aging or contributing to premature aging. If you are indeed experiencing HGH Decline / Deficiency, we have real HGH Injections that we can prescribe! If you are experiencing three or more of these symptoms, you would benefit from getting your Hormone Levels checked, because you may be suffering from HGH decline, or another form of deficiency, such as Low-T (Low Testosterone, Hypogonadism):

- For many, aging means gaining weight around the midsection. After the age of 40, one has to work harder and harder to keep the excess adipose tissue (fat) off around the midsection. As women age, they tend to get the apple or pear shape. As men age, they get the spare tire. Obesity is one of the top predictors and listed reasons why people die, because it is strongly linked with cardiovascular disease.