Amateur and Professional Athletics are rife with mythology. Everyone is trying to figure out a way to get the one-up on their opponent. Often, this takes the form of superstition.

In the NHL, for example, it's common not to shave one's beard throughout the entire Stanley Cup Playoffs, because it's bad luck.

Oftentimes, coaches make decisions based on bad science and gut instinct. Only thirty years ago, coaches were feeding their players salt tablets to try to boost their athletic output, unknowingly putting their players at risk for dehydration.

There's no area of human life riper for mythology and lousy science than sexuality. For thousands of years, there has been a belief that sex can prevent a person from performing at their physical peak.

The idea goes back at least as far as Plato, who believed that sex depleted the ability of Ancient Olympians to play at their highest levels.

Ironically, the modern Olympic Village is one of the most sexually active places on the planet, as the world's best and fittest athletes all party together for the duration of the Olympics.

The current hypothesis behind the draining power of sex comes from the belief that sexual satisfaction leads to Testosterone Depletion and relaxation.

Many sports, such as football, boxing, and wrestling, depend on physical and psychological aggression as a key to strong 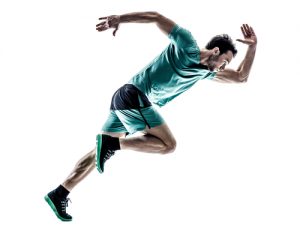 On the other hand, there are a lot of folks that believe that pre-performance sex can boost an athlete's ability.

This is particularly true for athletes that are highly dependent on focus and maintaining a cool head, like golfers, pitchers, and quarterbacks.

These hypotheses have been backed not by scientific rigor, but athletic superstition.

In the quest to produce the best athletes in the world, millions of dollars have been pumped into scientific research involving maximized performance and endurance over the last generation.

Let's talk about what researchers have discovered regarding the link between sexual activity and athletic performance.

Research Overturns Many Myths About Sex and Competitive Ability

Recently, researchers associated with Frontiers in Physiology sought to provide answers to this question that philosophical, scientific, and competitive minds have tried to answer for millennia.

Researchers pored over hundreds of scientific articles attempting to assess the correlation between athletic performance and sex. The meta-analysis was successful in upending some long-held beliefs, but in the end, there was little research that successfully unveiled any correlation whatsoever regarding sports and sex.

Though they looked over hundreds of research essays, only nine were considered reliable enough for further investigation.

After looking at the available data, the head researcher Laura Stefani admitted that they 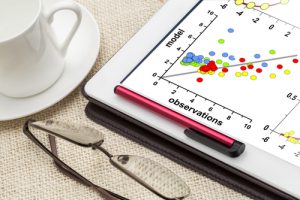 discovered no significant correlation between sexual activity and competitive performance under most circumstances.

On the other hand, the research did suggest in one case that marathon runners could benefit from pre-performance coitus.

The overall analysis provides evidence that sexual satisfaction has at least some correlation to positive results in competition, as long as the act wasn't performed within two hours of showtime.

Though the research is pointing significantly in a particular direction, it is clear that the pool of available, useful data is small, and more analysis can and will provide greater nuance to the results.

For one, there is a clear gender preference in the available research material for male athletes, perhaps because male athletes make more money, and men's sports are more prevalent in culture and media. There are also no studies that compare the effects of sex on male versus female performance. 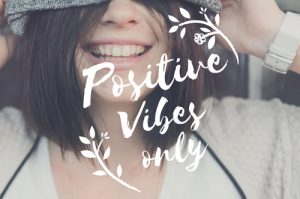 Furthermore, there's no differentiation between the potential psychological effects of sex versus the physical effects.

One thing that they were able to discern is that, dependent upon the cultural attitudes regarding sex, the results can alter how much of an issue that sex before competitive performance can be.

That sends the message that sex can have a more significant impact on ability from a psychosocial and cultural perspective than from an actual physiological perspective. Of course, all of these hypotheses need to be considered in a targeted, direct study to provide more definitive results.

Based On Current Science? How Should You Feel About Having Sex Before Entering Competition?

Though the answers to these questions will be addressed with greater nuance in the not-so-distant future, there is no reason to abstain from sex, at least until the morning before you have to compete.

If you're really concerned with your performance, the evidence is strong that sexual activity has a negligible adverse effect on performance, and in many cases, may improve your abilities in a minor way. However, you may want to hold off the day of the competition until it's time to celebrate.

If there is an issue associated with sex and athletics, it is related to how you go about finding the action.

Part of the reason that this myth persists is that men and women tend to engage in other vices as a means to find their satisfaction, including alcohol, drugs, and smoking.

Otherwise, as long as you don't physically injure yourself with your wild night of sex, you should wake up invigorated and ready to win!

We Looked Into Whether Having Sex Affects Your Athletic Performance