Home » Testosterone » The Relationship Between Erections and the Estrogen/Testosterone Ratio 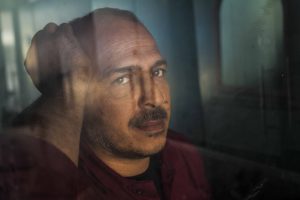 Men, and especially older men, can experience a range of sexual dysfunctions, including premature ejaculation (PE), erectile dysfunction (ED) and delayed ejaculation (DE). Unfortunately, even younger guys are experiencing such issues at an increasing rate possibly due to lifestyle factors, pornography and environmental factors (endocrine-disruptors). Sex and the male erection rely heavily on hormones, especially the sex hormone, testosterone. Another hormone that comes into play is estradiol, or estrogen. It can be detrimental for a man to have high levels of estrogen because estrogen is typically what gives women their feminine characteristics, while testosterone is what gives men their masculine characteristics. Let’s see how these hormones affect PE, ED and DE in more depth with a retrospective case-control study and what you can do if your hormone levels are out of balance.

The Role of Hormones and Penile Erections

Hormone, or endocrine, disorders are on the rise and causes issues across different aspects of general health and well-being. Disorders such as hypogonadism, thyroid diseases and hyperprolactinaemia have been seen to be associated with erectile dysfunction. This is most likely due to testosterone being out of balance. Testosterone is the main hormone regulator of penile development and function, affecting erections and ejaculation. 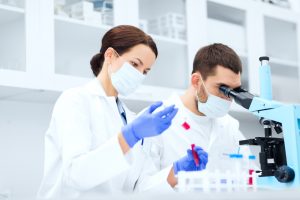 Men also produce estrogen, but usually in smaller amounts than women. An enzyme called aromatase can actually convert testosterone to estrogen in men’s bodies. Increased levels of estrogen have been associated with erectile dysfunction and its severity, as well as influencing ejaculatory function. There are multiple hypotheses on why an imbalance between estrogen and testosterone causes or is associated with these issues including relaxing smooth muscle and antagonizing the effect of testosterone on the nervous system. Previous studies have been inconclusive, however, in terms of finding the true answers.

The following study scrutinized the correlation of hormonal profile with ED, PE and DE in 1,089 men. The study was conducted between the years of 2016 and 2018 on men who had originally became patients at an andrology clinic. All of the men were in a stable, monogamous, heterosexual relationship and were experiencing a sexual issue for at least 6 months. Their partners would help to answer questions and record the time it took for ejaculation to take place.

Researchers found significantly different results between the men suffering from the different issues. For example, men that suffered from premature ejaculation had much higher testosterone levels than the control group whereas estrogen was significantly higher in the erectile dysfunction patients. Estrogen was much lower in the delayed ejaculation group when compared to the control. The ratio of the hormones determined what sexual dysfunction the men were suffering from. 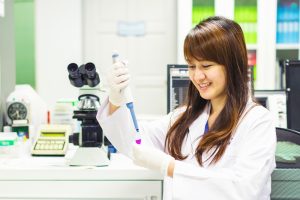 Aromatase, the enzyme that converts testosterone to estrogen, is mainly found in lipid cells. This may be why men who are overweight or obese have ED and other sexual dysfunctions – their fat cells are converting more and more testosterone to estrogen, causing an imbalance. However, the researchers did note that a moderate level of estrogen is beneficial and good for men. Low levels of estrogen are associated with low libido and sexual activity.

Hormone BALANCE is the Key

After reading some of the findings of this study, it is clear that hormone balance is the key. The answer is not MORE testosterone or MORE/LESS estrogen on its own. The answer is finding the correct balance of both. Otherwise, men will suffer the sexual consequences: erectile dysfunction, premature ejaculation or delayed ejaculation – even at the young age of 25-35. No man wants to experience this. All of these issues become more prevalent as a man ages as well because it is so much easier for hormones to become out of balance – years of poor lifestyle, environmental pollutants (plastic, drugs, endocrine disruptors, being overweight, etc.) 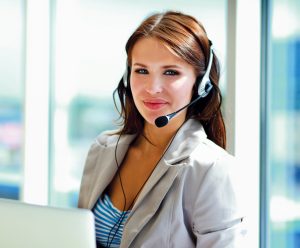 It’s super easy to fix all of these problems though. It’s super easy to get your hormones balanced and the exact ratios they need to be at. Just get in touch with an experienced endocrinologist, like the ones at our clinic, and get started on a hormone replacement therapy program. We also offer advice on how to naturally balance hormones if you feel that you need to try this first. To start with, we just do a simple, but comprehensive blood test to see what your baseline levels are. From here, we can see what you need to supplement or fix. Each program is tailored specifically to you with your safety in mind. Under a doctor’s supervision, there is almost zero risk of overdosing or having adverse side effects, as compared to doing this on your own and attempting to pick the correct dosage.

Our hormones are the highest quality and will help you fix your sex life. Call us today to get started!